In 2008, the Ethiopian Commodity Exchange was created. The goal was to reduce nepotism and fraudulent marketing by creating a nationalized system where coffee deliveries were anonymized and government-run sensory analysis hubs would grade the coffees to go up for sale. While the intent was good, the result was a lack of farm-level traceability and loss of direct-trade relationships. In response, Royal Coffee launched the Single Farmer Lots Program in an effort to continue to work directly with producers and maintain quality lots. According to Royal: “The Single Farmer Lots Program represents a very sweet end to a chaotic recent chapter in Ethiopia’s coffee history, and we think it’s a model for what ought to be a generation of start-up relationship farming in Ethiopia’s world-famous southern zones.” Royal consistently has boots on the ground in Ethiopia to ensure that farmers and washing stations are following strict farm management and post-harvest protocols. The result has been increasing cup quality and higher returns for the individual producers. Bekele Heto, 52, grows coffee on his 38-acre farm near the town of Worka-Sakaro located in the south-eastern corner of the coveted Gedeo Zone, which is perhaps better known as the Yirgacheffe region. This region, reaching some of the highest growing elevations for coffee in the world, is known for producing perfumed and candy-like natural coffees. Bekele has been cultivating coffee for 14 years and with the help of the single lot program he has been able to sell his coffee as a micro-lot in recent years. Coffee is Bekele’s main source of income that he uses to support his family of 14. Ripe cherries for this natural processed coffee are carefully hand sorted and floated to remove less dense coffee beans. Next the cherries are dried on raised beds for 15 to 20 days and turned regularly to avoid over-fermentation and mold. Raised beds are carefully constructed to ensure proper air circulation and temperature control, for optimal drying. Cherries are covered during the afternoons—a very characteristic technique for drying cherry in southern Gedeo, where the midday sun is searingly intense. Once the cherries finished drying to the necessary 11 percent moisture, they were transported to Addis Ababa, the capital of Ethiopia, to be milled and prepared for export through the YCFCU. 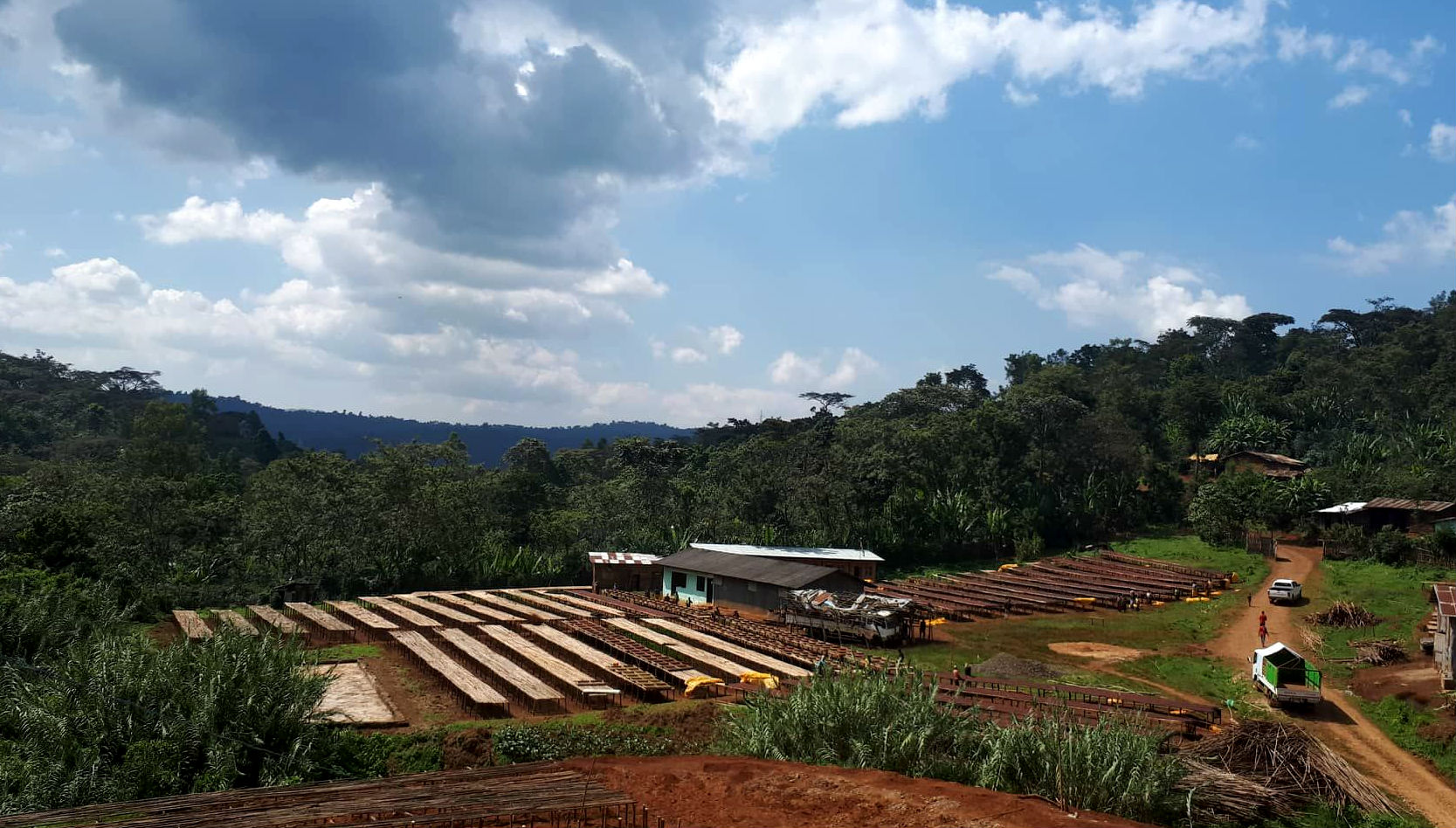 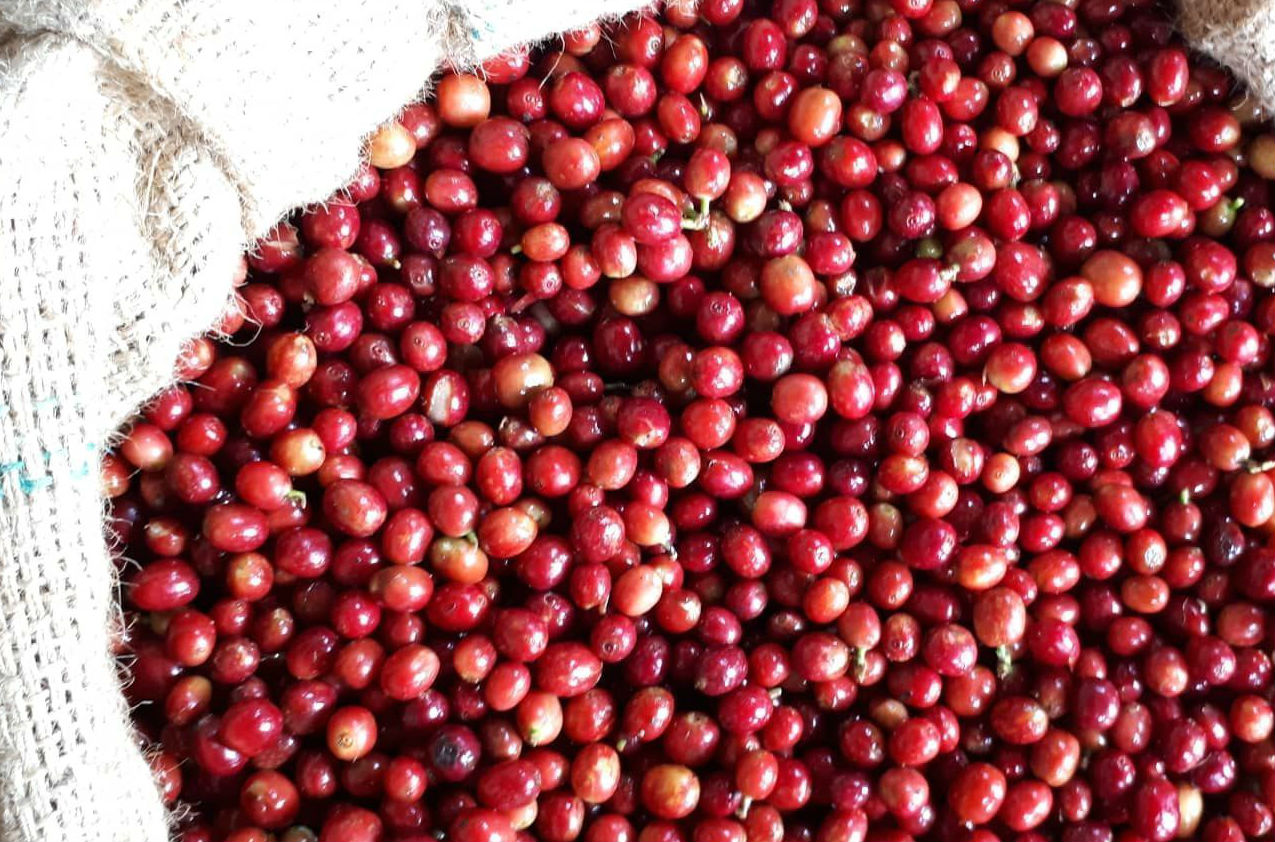